The new update is here

Yu'Lon reborn from the ashes of the lost battles, trained by the dark shadow Pandaren people she mastered the immunity abilities allowing her to heal herself for full health and jump back into the battle.

Yu'Lon was so captured by the shadows that she turned shes back against the Pandarens and incinerated the temple, during this time she captured Yu'La and using her dark magic enslaved Yu'La, commanding her to fight against the monks.

Now Thorium Warriors is your time to help Yu'La, fighting against a more powerful Mythic boss and win something priceless. 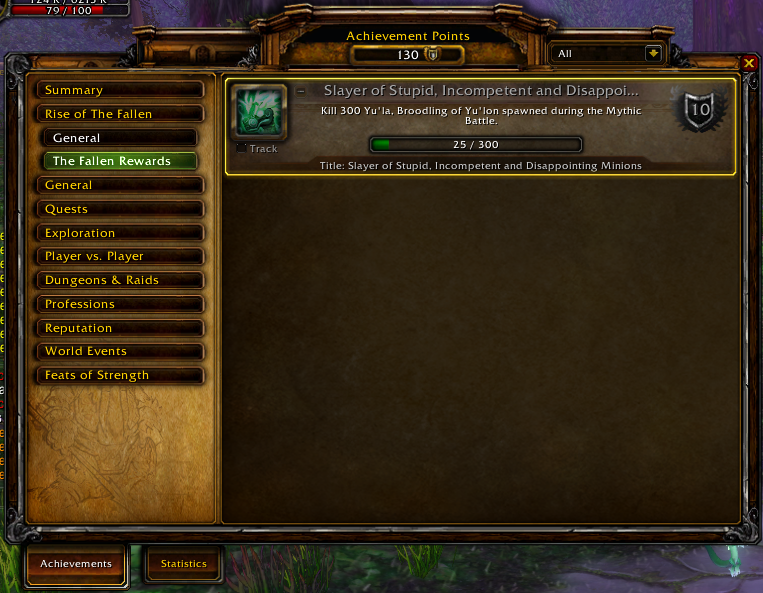 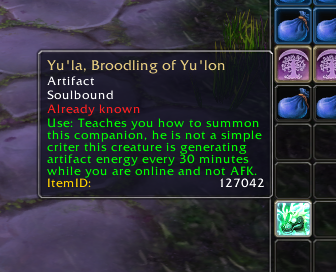 Read also! Realm is back on, maintenance period ended
by
Wednesday - December 5, 2018

Can I get a refund for tokens?

No please before buying something take a look twice.

I lost my armor/items can I get them back?

No please use .save after you get an item to make sure you won't loose your progress in case of a rollback. If you loose an item from your backpack because of any of the systems, you must be aware that all systems have a warning and you won't be refunded for your lost items.

We have a guides page on the website and patches can be found under Connection Guide.

Why are my items red question marks?

This usually happens when you've not installed the custom patch or once have the patches have not deleted your cache.

Why can't I use my weapons?

This could simply be the same problem as above, you need to install the custom patch to use the custom weapons or if you have already done so, need to close wow.exe and venture to your installation folder and delete the file called "Cache" after deleting your cache you can then relaunch the game.

What is the best class?

There is no right or wrong class to play and joining a server to only play the best class will just annoy people it is simply best to pick the class you enjoy playing, asking people what the best class is especially if you're one of those people who want to donate for the best class will simply gain enemies as certain People take pvp very seriously here.

Can I transfer my gear from a character to another?

No we are not accepting transfers anymore so please be careful on what character you buy the gear.

Can anybody donate for me from donation panel?

If someone donate for you you must take care, make sure you know the person because in case of a payment cancellation or reclaim, your characters/account will be banned or every donator item will be removed from your characters.

Arena, Battleground, honor farming or win-trading is strictly forbidden and all parties involved will be punished, there will be no warning, 1st time you will be kicked out of arena/battleground and apply Deserter Buff, 2nd time 3 days character ban, 3rd time permanent ban on character. If persist you will be permanently banned on the account/ip.

Using any form of addon or macro to color your text, spam or make text adjustments. (Example; fake Blizz icon and other forms) will lead to a warning / 15 minute mute. If caught again, 1day character ban and if you carry on then its a permanent IP ban.

#4) Pretending to be a team member.

It is strictly forbidden to pretend to be a member of the ThoriumWoW staff team. If caught, it will lead from a 7 days ban to permanent ban on account and ip.

#6) It is forbidden to name in-game characters or pets with vulgar, insulting, ill mannered or mocking expressions. At the same time, it is forbidden to choose names which are the same as or similar to the names or nicknames of anyone in the server team.

You'll be given a warning with a forced re-name and if caught again a 3 day ban will be issues. Which will then lead to a permanent ban depending on how often you are caught.

#7) It is forbidden to spam any forms of world chat. This could be in-game tickets, whispers, world chat, any form of chat.

#8) Repeatedly creating new characters for the purpose of harassing a player that added the previous character of the same player to his/her ignore list.

#9) Modifying the functioning of the client or its communication with the server. This means fly hacking,speed hack,teleport hacking etc. along with the use of autocasting macros.

This includes but is not limited to speed hacks, teleport hacking or even unmanned play. Such as botting. First you'll get 2 day account ban. Second a 7 day account ban then if continued permanent account ban.

#10) Trading, Selling, Exchanging or Sharing accounts made under the trademark of Thorium-WoW/GamingZeta is strictly forbidden.

If found, all accounts will be investigated with screen shots as proof and conversations from both parties or ip bans will occur no second chances.

If you are caught in the act of evading a ban/mute more than a total of 3 times and continue flaming, complaining or threating, your general ban will be increased to 5 days, where as your mute shall be raised to a total of 24 hours.

#12) Violating the Event, rules or intentional spoiling of Events

This means not listening to gm during an event or leaving the raid group while fighting a boss to steal the loot.1st time you'll be banned for 1 hour, 2nd time you will be banned for 3 days, then permanently banned if continued.

This means not attacking players on the other faction's team, farming kills in the graveyard, being AFK in the graveyard, not helping your allies, multiboxing to get into a battleground, honor farming atempts by remaining alone in battleground. The use of beserking potions or noob potions to have an advantage during the battleground either. Depending on the severity you will be kicked out of BG, Have the Judge's Hammer buff applied which prevents you from rejoining for up to 2 hours or 1 to 30 day character ban.

#14) World PvP is allowed, however killing players who are in World boss/ instance areas is strictly forbidden.

No matter the intent, killing players in world boss and instance areas is forbidden. This includes the donor instance. Players found attacking others in these zones will receive a 3 day character ban, if continued a 3 day account ban. Further offences will increase ban length, up but not limited to a perm ban.

Not inviting players who ask for invite to world boss is not allowed or the group leader not asking "look for more" in chat. If you are alone on the server we may overlook this rule. If caught you will be given a warning and if caught again, all items will be removed from your inventory and/or be muted for 30 minutes.

#17) When making a forum report against a staff member or player, please provide the full image - uncut/unedited

If your proof does not describe/include enough information of the reported action report will be denied, if believed to be faking screenshots/images with the intent to have others get into trouble will lead to a 1 day ban. Please as much as possible post motion proofs depending on the issue severity.

Multiboxing is allowed up to 3 accounts maximum, if more than 3 accounts you will be punished as follows. First time warning, 3 Days ban on account followed by permanent ban on account and IP. If caught using it for boosting daily rewards you will get 3 days ban without any warning. Not allowed to multibox for boss event.

Our automated system warn gms when you are honor farming if they receive the alerts you will be automatically punished, if you want to test something or have some fun please use 1 vs 1 Skirmish Arena or Duel Area. 1st time both parts will be banned for 3 days on characters next time both players will be permanently banned.

#20) Farming in levelroad is prohibited

You are not allowed to farm materials in the level road as a 255 character. If you get caught farming then you will be warned once, next time you will receive a 1h character ban leading to an account ban if you continue.

Only three visuals are allowed in the global mall and you can't enlarge your size/scale anymore than the size '2' which is equal to the item 'Elixir of Giant Growth'. Anymore than this you will be warned and all effects till be unaura'd from you. If you are caught again, you'll be locked for 5 hours. Final time, the item(s) in question will be removed from your inventory, no refunds either.

#22) Prohibited use of Toys in BGs

Using any item that modifies your scale in a battleground to give yourself an unfair advantage is not allowed. Example: Noggenfogger to make yourself extremely small and untargetable. If caught, you will be warned and removed from the BG, if caught a second time, you will be given Judge's Hammer - not allowing you to join any BG / Arena for two hours.